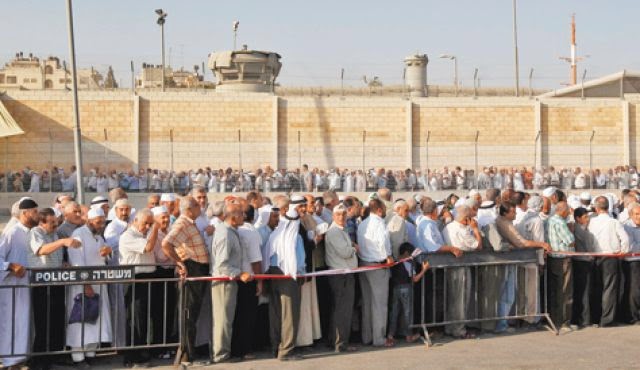 On Election Day, Israeli citizens vote also for disenfranchised Palestinians
We, Israeli citizens, are also voting instead of the 2.5 million Palestinians over the age of 18 who live in the West Bank (including East Jerusalem) and the Gaza Strip. By Amira Hass    | Mar. 16, 2015 | 9:21 PM Palestinians stand in line at the Qalandiyah checkpoint, Reuters Aug 20, 2010