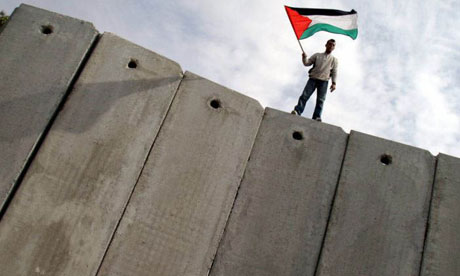 Obama's in-tray - Israel / Palestine With the general election now over, the president has more leverage to pressure the Israeli government ·Chris McGreal ·guardian.co.uk,Wednesday 7 November 2012 20.36 GMT ·Jump to comments (30)
If there's anyone more sorry about Obama's victory than Mitt Romney then it's probably the Israeli prime minister,Binyamin Netanyahu. After four years of an increasingly testy relationship, which has seen unusual political friction between the White House and an Israeli government, Obama is now less constrained by domestic politics if he decides to return to the stand he took in the months after he took office and press Netanyahu toward negotiating seriously with the Palestinians. Obama sought to pressure the Israeli prime minister to halt Jewish settlement expansion in the occupied territories, including East Jerusalem, at their first meeting in the spring of 2009. Netanyahu not only resisted but humiliated the president by publicly lecturing him ab…
إرسال تعليق
قراءة المزيد
المزيد من المشاركات
الانتقال إلى الملف الشخصي