Egypt: a revolution on the brink of self-destruction The talk among Egyptians is of a 'second revolution' to finish the business of the first, but the country could lose all it has gained
Observer editorial The Observer, Saturday 29 June 2013 16.53 BST An Egyptian protester in Cairo holds a poster of President Mohamed Morsi with a red card that says 'leave' in Arabic. Photograph: Amr Nabil/AP Hundreds of thousands, perhaps millions, of Egyptians are expected to take to the streets of Cairo and other major cities on Sunday to demand that President Mohamed Morsi , elected exactly one year ago, stand down and make way for some form of transitional government. Hundreds of thousands more, many though not all supporters of the ruling Islamist Muslim Brotherhood, are likely to mount counter-demonstrations, urging President Morsi to carry on regardless. Given the passions aroused on all sides, and the uncompromising, maximalist nature of the opposition's agenda, the scene i…
إرسال تعليق
قراءة المزيد 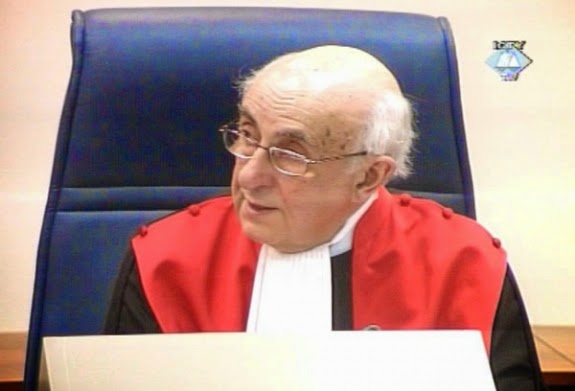 President of international war crimes tribunal may have worked to shield Israelis from prosecution
Alison Weir is the President of the Council for the National Interest (CNI) and Executive Director of If AmericansKnew.
The New York Timesreports that an Israeli diplomat turned U.S. citizen – and now president of the war crimes tribunal at the Hague – has been pressuring the court to acquit officials accused of war crimes. The Times says that the Israeli-American judge, Theodor Meron, "... has led a push for raising the bar for conviction in such cases, prosecutors say, to the point where a conviction has become nearly impossible." Some analysts feel that Meron's motivation may be to protect Israeli political and military leaders from prosecutions that could place them in legal jeopardy. International attorney and analyst John Whitbeck comments that both Israel and the United States are "world leaders in the commission of war crimes, crimes against humanity an…
إرسال تعليق
قراءة المزيد
المزيد من المشاركات
الانتقال إلى الملف الشخصي