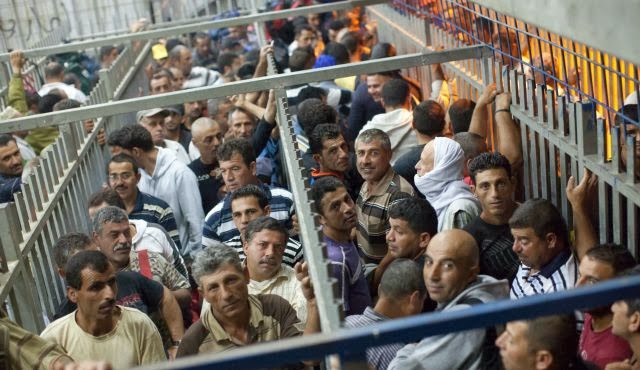 47 years a slave: A new perspective on the occupation Very few struggles in history have centered on how a nation should treat a third group of people, but there are strong parallels between black slavery and Israel’s treatment of the Palestinians. By Eva Illouz|Feb. 7, 2014

Open Haaretz on any given day. Half or three quarters of its news items will invariably revolve around the same two topics: people struggling to protect the good name of Israel, and people struggling against its violence and injustices. An almost random example: On December 17, 2013, one could read, on a single Haaretz page, Chemi Shalev reporting on the decision of the American Studies Association to boycott Israeli academic institutions in order to “honor the call of Palestinian civil society.”In response, former Harvard University President Lawrence Summers dubbed the decision “anti-Semitic in effect, if not in intent.” On the same page, MK Naftali Bennett called the bill to prevent outside funding of left-wing NGOs…
إرسال تعليق
قراءة المزيد