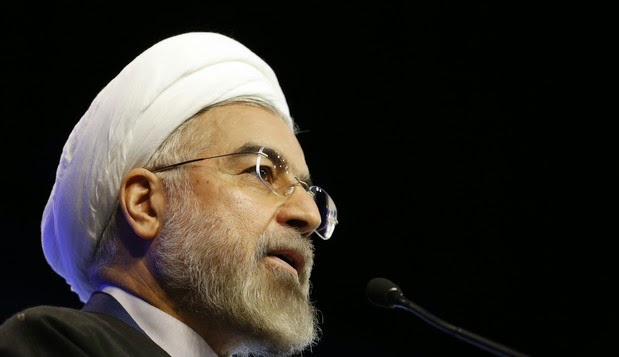 More Bad Omens for the Iran Nuclear Talks ByJeffrey Goldberg  Jan 25, 2014 12:03 AM GMT+0200   76 CommentsEmail
The velocity of bad sign-spotting is increasing as we get closer to the main negotiations over Iran's nuclear program. Bad Sign No. 1:I think it’s important to note that Iranian President Hassan Rouhani has just stated that under no circumstances would Iran agree to destroy any of its centrifuges. I would also like to note that this unequivocal statement, if sincere, means that there is no possibility of a nuclear deal between Iran and the six powers set to resume negotiating with it next month. In order to keep Iran perpetually 6 to 12 months away from developing a nuclear weapon -- an unacceptable period in the mind of Israeli Prime Minister Benjamin Netanyahu, but a time-frame that U.S. President Barack Obama could conceivably accept -- Iran would have to agree to dismantle 15,000 centrifuges; close an important uranium enrichment site; and accept 20 years of nuclear inspe…
إرسال تعليق
قراءة المزيد
المزيد من المشاركات
الانتقال إلى الملف الشخصي