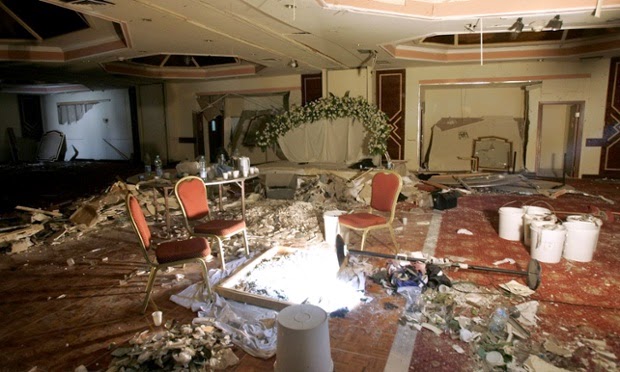 Courts kept busy as Jordan works to crush support for Isis
From King Abdullah down, officials are blunt about strategy to target supporters of movement wreaking havoc in Iraq and Syria
Ian Black in Amman Thursday 27 November 2014 13.24 GMT
“We are with the Islamic State and you are with Obama and the infidels,” Ahmed Abu Ghalous a big, angry-looking man in blue prison overalls, shouts after being sentenced to five years in jail for “promoting the views of a terrorist group” on the internet. The outburst earns him a further 50 dinar (£45) fine for contempt of court. It is a sunny morning in Amman and the three uniformed judges in Jordan’s state security court are briskly working their way through a pile of slim grey folders on the bench before them. Each details the charges against 25 or so defendants accused of supporting the fighters of the Islamic State (Isis), now rampaging across Syria and Iraq under their sinister black banners and sending nervous jitters across the Arab world. Thamer …
إرسال تعليق
قراءة المزيد
المزيد من المشاركات
الانتقال إلى الملف الشخصي